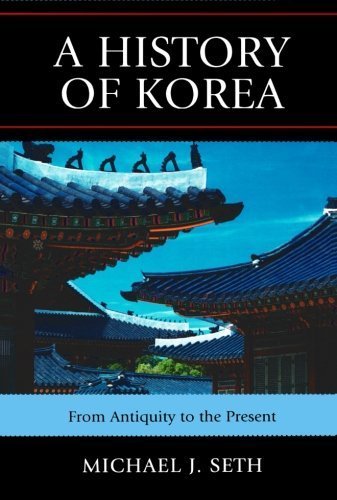 A History of Korea: From Antiquity to the Present

In this comprehensive yet compact book, Michael J. Seth surveys Korean history from Neolithic times to the present. He explores the origins and development of Korean society, politics, and its still little-known cultural heritage from their inception to the two Korean states of today. Telling the remarkable story of the origins and evolution of a society that borrowed and adopted from abroad, Seth describes how various tribal peoples in the peninsula came together to form one of the world’s most distinctive communities. He shows how this ancient, culturally and ethnically homogeneous society was wrenched into the world of late-nineteenth-century imperialism, fell victim to Japanese expansionism, and then became arbitrarily divided into two opposed halves, North and South, after World War II. Tracing the past seven decades, the book explains how the two Koreas, with their deeply different political and social systems and geopolitical orientations, evolved into sharply contrasting societies. South Korea, after an unpromising start, became one of the few postcolonial developing states to enter the ranks of the first world, with a globally competitive economy, a democratic political system, and a cosmopolitan and dynamic culture. North Korea, by contrast, became one of the world’s most totalitarian and isolated societies, a nuclear power with an impoverished and famine-stricken population. Seth describes and analyzes the radically different and historically unprecedented trajectories of the two Koreas, formerly one tight-knit society. Throughout, he adds a rich dimension by placing Korean history into broader global perspective and by including primary readings from each era. All readers looking for a balanced, knowledgeable history will be richly rewarded with this clear and concise book.