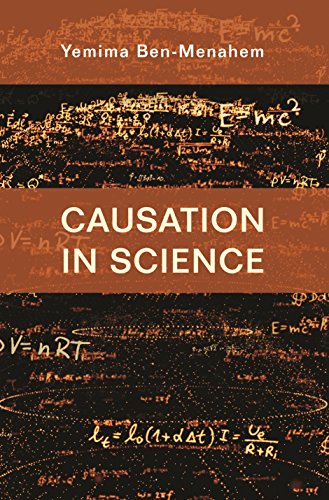 This book explores the role of causal constraints in science, shifting our attention from causal relations between individual events–the focus of most philosophical treatments of causation―to a broad family of concepts and principles generating constraints on possible change. Yemima Ben-Menahem looks at determinism, locality, stability, symmetry principles, conservation laws, and the principle of least action―causal constraints that serve to distinguish events and processes that our best scientific theories mandate or allow from those they rule out.

Ben-Menahem’s approach reveals that causation is just as relevant to explaining why certain events fail to occur as it is to explaining events that do occur. She investigates the conceptual differences between, and interrelations of, members of the causal family, thereby clarifying problems at the heart of the philosophy of science. Ben-Menahem argues that the distinction between determinism and stability is pertinent to the philosophy of history and the foundations of statistical mechanics, and that the interplay of determinism and locality is crucial for understanding quantum mechanics. Providing historical perspective, she traces the causal constraints of contemporary science to traditional intuitions about causation, and demonstrates how the teleological appearance of some constraints is explained away in current scientific theories such as quantum mechanics.

Causation in Science represents a bold challenge to both causal eliminativism and causal reductionism―the notions that causation has no place in science and that higher-level causal claims are reducible to the causal claims of fundamental physics.