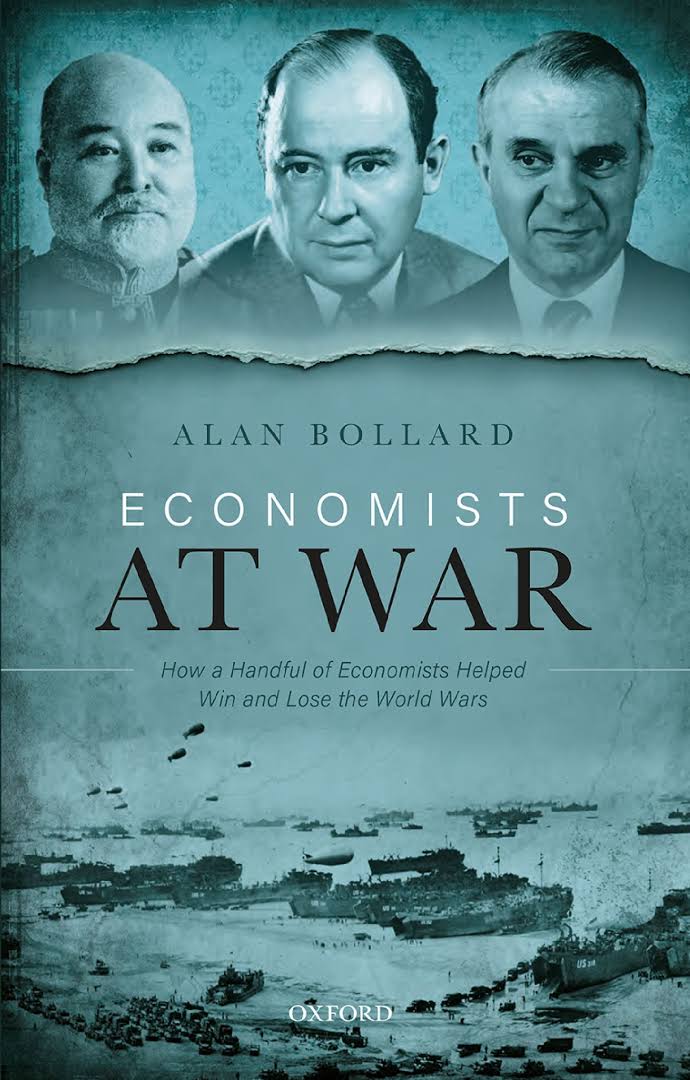 Economists at War: How a Handful of Economists Helped Win and Lose the World Wars

Wartime is not just about military success. Economists at War tells a different story – about a group of remarkable economists who used their skills to help their countries fight their battles during the Chinese-Japanese War, Second World War, and the Cold War.

1935-55 was a time of conflict, confrontation, and destruction. It was also a time when the skills of economists were called upon to finance the military, to identify economic vulnerabilities, and to help reconstruction. Economists at War: How a Handful of Economists Helped Win and Lose the World Wars focuses on the achievements of seven finance ministers, advisors, and central bankers from Japan, China, Germany, the UK, the USSR, and the US. It is a story of good and bad economic thinking, good and bad policy, and good and bad moral positions. The economists suffered threats, imprisonment, trial, and assassination. They all believed in the power of economics to make a difference, and their contributions had a significant impact on political outcomes and military ends.

Economists at War shows the history of this turbulent period through a unique lens. It details the tension between civilian resources and military requirements; the desperate attempts to control economies wracked with inflation, depression, political argument, and fighting; and the clever schemes used to evade sanctions, develop barter trade, and use economic espionage. Politicians and generals cannot win wars if they do not have the resources. This book tells the human stories behind the economics of wartime.