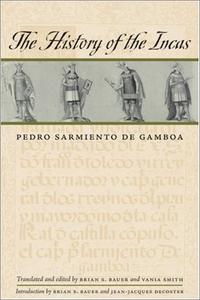 The History of the Incas

The History of the Incas may be the best description of Inca life and mythology to survive Spanish colonization of Peru. Pedro Sarmiento de Gamboa, a well-educated sea captain and cosmographer of the viceroyalty, wrote the document in Cuzco, the capital of the Inca Empire, just forty years after the arrival of the first Spaniards. The royal sponsorship of the work guaranteed Sarmiento direct access to the highest Spanish officials in Cuzco. It allowed him to summon influential Incas, especially those who had witnessed the fall of the Empire. Sarmiento also traveled widely and interviewed numerous local lords (curacas), as well as surviving members of the royal Inca families. Once completed, in an unprecedented effort to establish the authenticity of the work, Sarmiento’s manuscript was read, chapter by chapter, to forty-two indigenous authorities for commentary and correction.

The scholars behind this new edition (the first to be published in English since 1907) went to similarly great lengths in pursuit of accuracy. Translators Brian Bauer and Vania Smith used an early transcript and, in some instances, the original document to create the text. Bauer and Jean-Jacques Decoster’s introduction lays bare the biases Sarmiento incorporated into his writing. It also theorizes what sources, in addition to his extensive interviews, Sarmiento relied upon to produce his history. Finally, more than sixty new illustrations enliven this historically invaluable document of life in the ancient Andes.